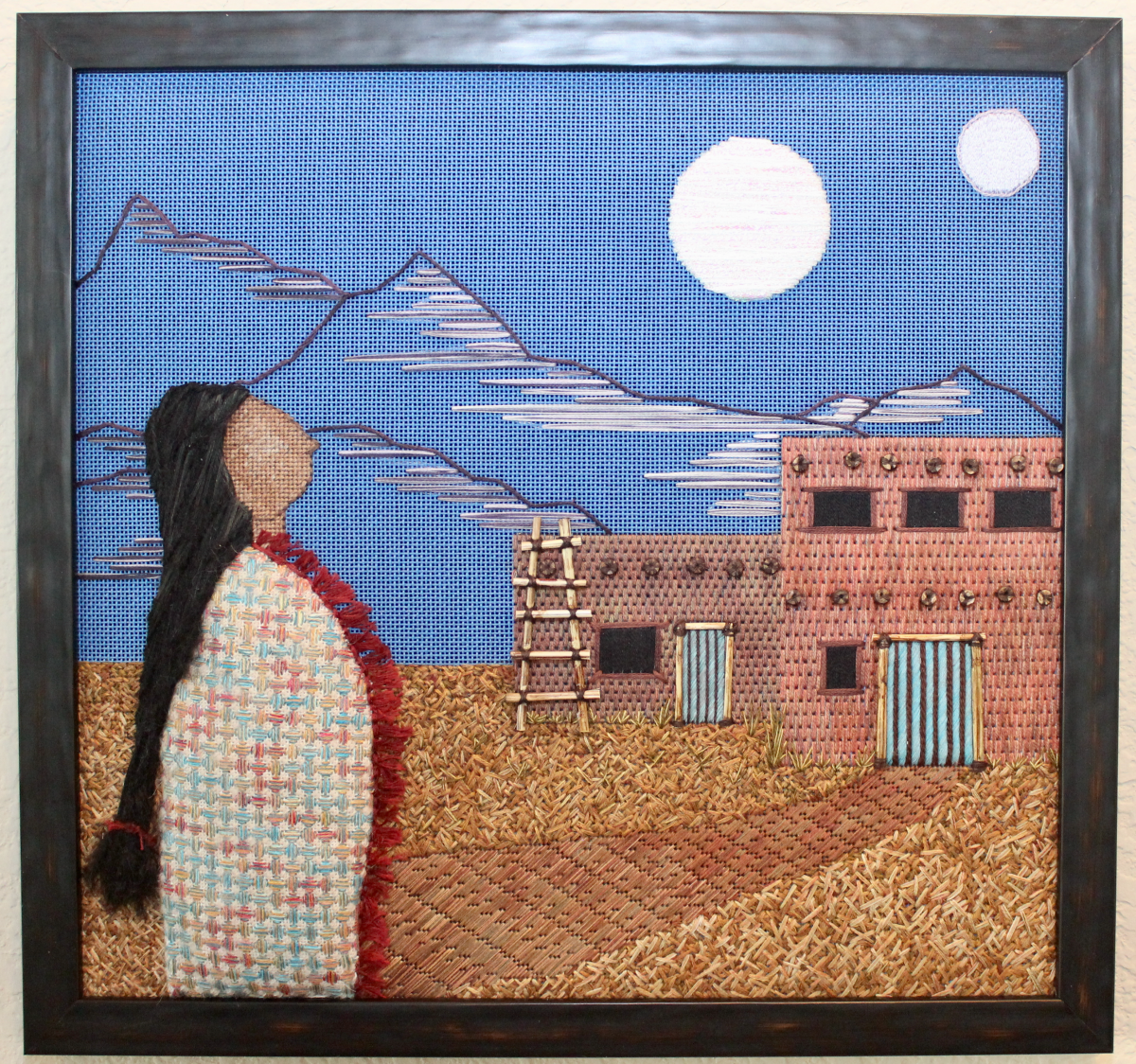 Staring up at the moon

Wondering what is beyond

I enjoy paying tribute to individual family members.  Beyond the Moon was inspired by the late Clyde Tombaugh.  Clyde a distant cousin of my husband, discovered Pluto.  In 1926, Clyde built his own telescope on his parents’ Kansas farm.  He sent his observations to the Lowell Observatory in Flagstaff Arizona, which, in 1929, offered him a position. During his 14 years at the Observatory, Clyde discovered over 30,000 celestial objects.  One of his earliest discoveries was the planet Pluto.  The name, suggested by an eleven year old girl, is from the Roman God of the underworld who had the ability to make himself invisible.  A fitting name for a planet that remained undiscovered for many years.

Except for a stint in the military during World War II, Clyde spent the rest of his life and career in New Mexico; first for the U.S. Government and then with the faculty at the New Mexico State University.  He died in 1997.

The discovery of Pluto earned him a place as one of the world’s prominent astronomers.  In 2006, a portion of his ashes was placed aboard the New Horizons spacecraft launched to explore Pluto.  In fact, it took nine  years for the spacecraft to reach and fly by Pluto, which occurred in July of 2015.

My design, “Beyond the Moon,” is a tribute to both Clyde and where he spent most of his adult life. The image is of a Native American woman looking at the moon and beyond in hopes of seeing the planet, Pluto.  I have often wondered what the planet would be like.

This piece was designed, in part, to illustrate creating perspective in needlepoint.  To create a three dimensional look, I appliquéd the woman’s dress onto the canvas. The house and foreground were created by blending overdyed threads to enhance dimension and shadow.  The door and window frames, as well as the ladder, were created using miniature dollhouse sized blades of grass and securing them to the canvas with floss.  The blades of grass were painted with a dark brown COPIC marker. The beams of the house are represented by beads. Just for fun, the moon and the smaller planet were stitched in glow-in-the-dark thread.

Using different techniques and types of threads in this design, I have created a tribute to Clyde Tombaugh whose life and love of astronomy have always been an inspiration to me.